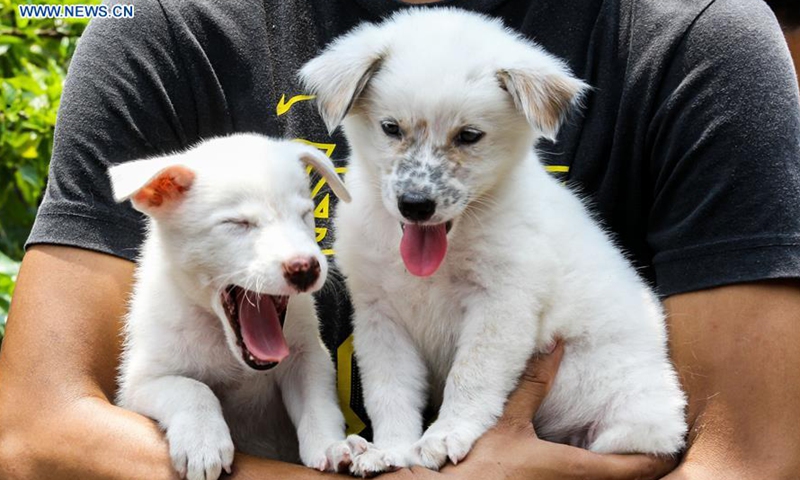 The proposal was put forward by Dai Junfeng, vice president of the Islamic Association of Yunnan Province (southwest China) and also a member of the 13th National People’s Congress.

He proposed to strengthen the management of animals raised by owners by supporting relevant research. In addition to improving the registration and approval system as well as the licensing system for pets, chip technology could also be introduced to include the name, address and contact details of the owner of the pet. animal when registering animals. He also said abandoning pets should be included on social credit records as a potential warning.

The proposal received a lot of support from Chinese netizens. On Wednesday, the associated hashtag gained 110 million views on Sina Weibo, a Chinese Twitter-like channel.

Sun Quanhui, a scientist with World Animal Protection, told the Global Times on Wednesday that he was in favor of the proposal because animals cannot take care of themselves, so it is important to clarify the relevant responsibilities of pet owners.

He pointed out that the number of households owning pets and pets in China has increased in recent years, and that the social problems of pet abandonment, injury and animal abuse wanderers have also increased. Managing pets requires the involvement of multiple departments covering all aspects including breeding, sales, registration, vaccination, adoption and accountability.

“The integration of abandonment, abuse and other behaviors into the credit investigation system is an innovative measure to strengthen the management of companion animals, which would help to reduce the number of stray animals”, Sun said.

However, an expert from the China Alliance for Animal Health and Food Safety who wished to remain anonymous, told the Global Times that the proposal ignored the interests of animal owners.

“Most pet owners wouldn’t like to spend money on the chip because it wouldn’t give them much benefit,” he said, adding that in Beijing, only 10 to 20 percent. percent of pet owners go to the local public security bureau for official registration.

Beijing-based lawyer Shen Binti told the Global Times that China could learn a lesson from other countries by drafting laws to protect pets.

“I checked foreign animal welfare regulations and found that although different countries have different measures for stray animals, the common principle is that pet owners cannot abandon animals at will. For example, in the UK, those who fail to meet legal requirements for animal protection will be prosecuted, ”Shen said.